Drug and Alcohol Use and Possession: Overview

The regulations’ directions concerning use or transportation of drugs or alcohol are fairly straightforward, but have been subject to at least one rather questionable interpretation by the DOT. Further, the regulations are not limited to “drugs” in their prohibition, and it is important to consider whether a driver may be affected in his abilities by some other substance in violation of the law. The issue where a driver is in violation of the regulations on use or transport of drugs or alcohol will likely be the same as before: causation.

Drug and Alcohol Possession and Use

Obviously, these regulations are the place to go when looking for a jury charge in cases involving a drunk driver. However, do not overlook the plethora of over the counter “stay-awake” aids sold by, apparently, every gas station and truck stop in the country. These pills may contain substances not tested or evaluated by the FDA. If able to inspect the tractor, or an inventory of its contents prepared by the motor carrier or its investigator, the contents in the cab, including trash, could be revealing. A worthy approach would be to get some of the substance, and have an expert test it. Your expert may find that the chemicals in the over the counter pills could affect a driver. Inquiries should be made concerning how many or much he took, over what period of time, etc. On the other side of the same coin, find out whether the motor carrier has forbidden its drivers from using over the counter “stay awake” aids. The regulations specifically forbid use of any substance that may impair the safe operation of a CMV.
There are times when team drivers admit they had beers in the cab, but say the other driver, who was in the sleeper, was drinking. Keep in mind in an accident where the regulations require a post accident test, both team drivers may be tested. In a fatality case, if there are two (team) drivers, a drug and alcohol test is required of any driver performing a “safety sensitive function”, which is defined to include any driver except one occupying the sleeper berth. If this isn’t done, you may have an argument that the driver who was not tested was under the influence and actually driving, with an after-the-fact conspiracy by the drivers to hide that fact. The regulations’ proscription of any possession may help that effort along. Further, it is highly unusual for a motor carrier to require testing of the team driver who says he was not behind the wheel, even where he admits he was not in the sleeper unit.
If you get a whiff of alcohol in your case, try to determine whether your driver had ever been the subject of an out of service order for alcohol use/possession. Prior events, especially where reported to the motor carrier without action on its part, should bolster of negligent retention/entrustment cases.
The DOT, in the interpretations, has stated that the regulations concerning alcohol use or possession do not apply to a driver “using a company truck or tractor for transportation to a motel or restaurant or home, would normally be outside the scope of this section”, How this use does not affect the safety of the public, and how this does not violate the plain language of regulation is not described. However, be aware the motor carrier or driver may defend against a claim under this subsection or a charge based on this interpretation.
The prohibition against a motor carrier allowing a driver behind the wheel when his “general appearance or conduct or… other substantiating evidence” makes it appear he has used alcohol in the last four hours may be helpful. If a driver is under the influence, when was his last contact point with the motor carrier? If the driver picked up a trailer at the terminal and had a discussion with his driver manager, and was .16 BAC one hour later after no stops, this could lead to interesting questions. Do not overlook a phone contact. Did the driver trainer note anything unusual in the conversation or the driver’s manner of speaking? If you are confronted with a case where a driver was drunk, get his cell phone records and determine if he had a call into the motor carrier and when. The idea is to discover if the motor carrier knew or should have known the driver was using or had been using prior to coming on duty. A call thirty minutes before the accident where the driver registered .15 BAC should set off some activity by you to trace down the details.
The “out of service” rule for twenty-four hours apparently does not apply to a motor carrier who learns a driver has used alcohol within four hours of coming on duty. According to the DOT interpretation, a motor carrier may not place a driver “out of service,” but in such a situation must prevent the driver from physical possession of a CMV “for at least as long is necessary to prevent a violation of regulation. Suggesting to the court that the motor carrier should have placed the driver “out of service” risks the motor carrier’s attorney arguing a misinterpretation of or ignorance about the regulations. 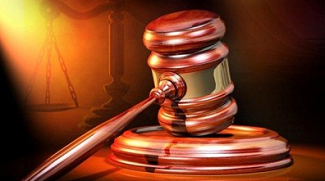 In analyzing whether you have an argument a driver was improperly using drugs when the accident occurred, be mindful that 392.4 does not prohibit use of drugs listed on schedules II-IV. Only Schedule I drugs are prohibited. EEOC v. J.B.Hunt Transp. Inc., 321 F.3d 69 (2nd Cir. 2003). Make sure you have a drug on the list, or can show if impaired the driver’s safe operation.

An example of an employer caught in a bad spot is Toledo v. Nobel-Sysco, Inc. The court there held that a motor carrier could be liable for refusing to hire as a driver a native American who used peyote in religious ceremonies. The court found the motor carrier could have accommodated the driver by giving him a day off the day after the religious ceremonies occurred. While it may seem an odd situation, discovery seeking to discern if the motor carrier had any knowledge of off-duty drug use by a driver could lead to discovery and the obvious questions this type situation generates. For instance, a pretty good argument might exist for more frequent reviews of this driver’s record than “annual.” Of course, the driver would no doubt claim discrimination for such. Such is the woe of the employer and Title VII.

There may be an argument that regultion may be violated where a driver is “on duty” but operating his personal vehicle. In Leblanc v. UPS, Inc., 972 F. Supp. 827 (D. Vt. 1997). a driver was making a delivery in his personal vehicle. However, note the regulation explicitly refers to a CMV. Unless the driver had a very large SUV, this would not seem to be a correct interpretation. This distinction was recognized in Vaughn v. Hair. 645 So.2d 1177 (La. Ct. App. 1994). There, summary judgment in favor of the employer was affirmed by the court, which found, in part, that an employee driving a personal vehicle while under the influence did not violate regulation.