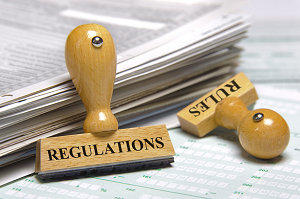 Motor carriers routinely swap out leased equipment. This is an economical way to keep loaded trucks on the road and therefore on a faster track for delivery. For example, an O/O may be under lease to motor carrier A, which does not have a load for him to take home after he finishes his delivery for it. The O/O may learn that motor carrier B has a load it needs to be delivered in the direction the O/O will be traveling to return home from dropping off the load for A. With the permission of A, the O/O may be able to temporarily lease its power unit to B, and a “trip lease” is born. But suppose the O/O causes a crash while pulling B’s load? Arguably, this situation is addressed by the regulations.

The Trip Lease (a/k/a The Sublease)

1. Like the requirements under regulation, the equipment must be marked with the lessee motor carrier’s identification in the manner prescribed by Part 390; (“Identification of vehicles”).

2. The lessor must own the equipment or hold it under a lease;

4. A copy of the lease must be carried in the equipment. Carriers can use a master lease as well.
Importantly, the regulations also provide that authorized carriers and private carriers under common ownership and control may lease to each other without marking the equipment or giving a receipt. However, such entities must still comply with the remaining requirements applicable to trip leases.

The regulation makes it sound like a proper trip lease takes the lessor motor carrier off-the-risk for the duration of the trip lease, with the “control and responsibility [being] that of the lessee.” This has not always been held to be the case. Several cases hold that the “permanent lessee” remains on-the-risk, despite the existence of a trip lease and the fairly clear language of the regulation. This tends to mean two things. First, there may be two policies applicable to the loss. Second, the two insurers are going to fight it out in a declaratory judgment action over “who’s on first.”
However, not all courts have found a trip lease irrelevant to the liability of the “permanent” lessee. In Bailey v. Payne, the court observed that the trip lease provided that a permanent lessee was to remove the trip lessee’s placards at the conclusion of the trip lease. The plaintiffs argued the continuing presence of the trip lessee’s placards on the truck caused the trip lessee, and hence its insurer to remain, on-the-risk.
The court found that the trip lease had terminated approximately two weeks before the incident and that the permanent lessee’s driver had signed a receipt for the equipment at termination. The court noted that “the regulations … foresee the lessee as having exclusive possession and control over the subject vehicle and… complete responsibility for its operation” and “both of these obligations… were expected to last only ‘for the duration of the lease’….” While not explicitly holding that a permanent lessee is per se absolved of liability during the trip lease, Bailey is reasoned in a way that would support such a result. However, the main body of authority on this point appears to recognize exposure for a permanent lessee even when the equipment at issue is the subject of a valid trip lease to another carrier.