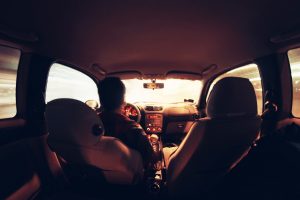 Uber – and other rideshare companies – arrived on the scene seemingly overnight, and they aren’t going away anytime soon. While hopping in an Uber can be extremely convenient, as drivers ourselves, we also have to contend with this additional traffic. The fact is that drivers for Uber and Lyft (and all the other companies) aren’t commercial drivers in any real sense – but they are out hustling to earn a living and they sometimes cause dangerous accidents. If you’ve been injured in an accident caused by a rideshare driver, it adds an additional layer of complications to your insurance claim, and you should consult with an experienced Atlanta-area personal injury attorney.

The brilliance of most rideshare companies’ business plans is that they keep their profits high by hiring drivers as independent contractors whom they take very little responsibility for. While public outrage and the law is catching up with these companies somewhat, complications remain for those injured in accidents caused by their drivers. If you’ve been injured by a rideshare driver’s negligence, there are some basics that you should understand.

Rideshare companies take a varied approach to liability insurance for their drivers – depending upon several factors but based most closely on where the driver was in the work process. If the driver who left you injured was officially logged into the rideshare app and had active passengers, then you will likely file a third-party insurance claim with the rideshare company itself. Third-party refers to the fact that you are filing an insurance claim for yourself on a policy that is not in your name.

Rideshare Drivers and Their Apps

To complicate things further, rideshare drivers are categorized according to where they are in the app process when the accident occurs. For example:

The fact that many drivers work for multiple rideshare companies and toggle back and forth between the apps makes the issue that much more convoluted.

Car accident claims are complicated, and rideshare accident claims are that much more so. If a rideshare driver leaves you injured, the formidable personal injury attorneys at Slappey & Sadd – proudly serving the Atlanta area and the State of Georgia – are committed to aggressively advocating on behalf of your rights and your rightful compensation. To schedule a free consultation, please do not hesitate to contact us today.