Insurer’s Use of Litigation Guidelines 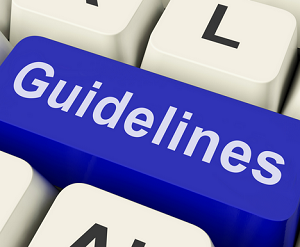 Many insurers issue to defense counsel “litigation guidelines,” which state under what circumstances defense counsel may decide to take certain actions in the defense and under what circumstances prior authorization from the insurer is necessary.  Georgia Rule of Professional Conduct 1.7(a) provides as follows:  “A lawyer shall not represent or continue to represent a client if there is a significant risk that the lawyer’s own interests or the lawyer’s duties to another client, a former client, or a third person will materially and adversely affect the representation of the client, except as permitted [by client consent].”  Where an insurer uses litigation guidelines to control defense costs by limiting defense counsel’s actions in defending the case, Rule 1.7 comes into play.  For example, guidelines may limit the discovery to be propounded on adverse parties.  Such restrictions create potential conflicts of interest if they inhibit an attorney’s ability to adequately defend a case or interfere with the attorney’s independent professional judgment. For instance, the Montana Supreme Court has held that Montana attorneys may not follow an insurer’s billing and practice rules which limit or direct the scope and extent of the attorney’s representation of the insured.

The American Bar Association addressed the issue of litigation guidelines in Formal Opinion 01-421.3  The ABA stated:

As soon as the matter is assigned, the defense attorney should inform the insured of any limitations on the representation.  ABA Formal Opinion 01-421 states:

The attorney should provide written notice to the insured at the time of retention that:

The insured can agree at the outset that his appointed attorney should follow the insurer’s direction and does not have to specifically consent to each act or decision that his attorney makes. If the insured disagrees, however, the attorney must follow the wishes of his insured client, to whom he owes his primary duty.