The “Equal Consideration Rule” provides the standard by which an insurance company’s decision to not settle a claim against its insured is measured. The standard was pronounced five years after Smoot I, when the Georgia Court of Appeals in United States Fidelity & Guar. Co. v. Evans expressly recognized that a cause of action against a liability insurer for failing in its duties to properly protect its insured arises “in tort and naturally involves a duty and an alleged breach of that duty.” Deciding that a duty exists begs the question, however, which the court itself asked: “What then is the duty?” The answer to that question, which is the holding in Evans, is best understood in its factual context. The underlying lawsuit in Evans was a typical car-wreck case resulting in a verdict against the insured in excess of policy limits. Following the verdict, the claimant offered to settle for policy limits, apparently preferring quick and certain payment over waiting for an appeal to run its course. The insurer refused, lost the appeal for a new trial and tendered policy limits, leaving the insured “holding the bag” for the amount in excess of policy limits. The insured filed suit against the insurer, and a jury found bad faith, entitling the insured to the difference between the judgment and policy limits. The insurer appealed, arguing that it should not be penalized for exercising its right to appeal a judgment.

The issue of law for the Evans court was whether there could be bad faith if the insurer’s decision to appeal the underlying lawsuit was not frivolous. The insurer had argued that it could not be liable as a matter of law for failure to settle so long as its decision not to settle was supported by a non-frivolous defense pursued on behalf of the insured. The court rejected the standard, suggesting that such an analysis would turn on whether the insurer had sufficiently “consult[ed] its own self interest” in rejecting the settlement offer and deciding to assert the defense on appeal. Such a standard was inadequate, the court reasoned, because it would require no analysis as to whether the insurer had consulted the insured’s interests. Noting that the insurer must do more than merely refrain from making frivolous decisions while handling litigation against its insured, the court held as follows:
As a professional in the defense of suits, [the insurer handling the defense] must use a degree of skill commensurate with such professional standards. As the champion of the insured, [the insurer] must consider as paramount his interests, rather than its own, and may not gamble with his funds.

What The Court Wrote

Stated differently, the court wrote as follows:
[T]he insurer must accord the interest of its insured the same faithful consideration it gives its own interest. While this rule will not be as simple to apply in differing circumstances . . . we think it states the duty owed by any prudent insurer to refrain from taking an unreasonable risk on behalf of its insured, e.g., where the chances of unfavorable results on appeal are out of proportion to the chances of favorable results.
Applied to the facts at issue in Evans, the Court of Appeals held that it could not, as a matter of law, reverse the jury’s determination that the insurer had failed to accord its insured’s interests equal consideration to its own. Indeed, the court reasoned that the insurer was the only party who could possibly benefit from the appeal, as a successful appeal would only subject the insured to another trial and another opportunity to be subject to a judgment in excess of policy limits. A reasonable jury could find that the insurer had failed to consider its insured’s interests in refusing to settle within policy limits, cap everyone’s damages, and remove the insured’s risk of future liability exposure. 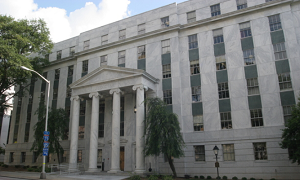