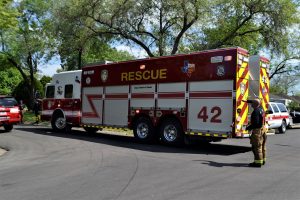 You have no doubt heard about the horrible tragedy in Upstate New York – on the afternoon of October 6th, 20 people were killed when a limousine failed to stop at a T intersection while traveling at a high rate of speed. The driver and all 17 of his passengers were killed, as well as two pedestrians at the scene of the accident. Among the passengers were four sisters and two brothers.

Questions are swirling around the accident, which has received national attention. The owner of the limousine company remains overseas, but the operator of the company, his son, has been arrested and charged with negligent homicide.

Concerns with the Vehicle

The vehicle involved in the accident was a 2001 Ford Expedition that had been converted into a limousine.  Investigators learned that the vehicle had failed at least one safety inspection, the most recent being approximately one month prior to the accident. The vehicle was cited with multiple mechanical issues, including defective brakes, defective windshield wipers, and defective emergency exits. Similar issues were identified in March. The vehicle should not have been on the road, but the limo company kept it in operation. At one point, the vehicle was also cited for having too many seats.

To make matters worse, it appears that the vehicle lacked the proper Federal certification to be in operation. Because the vehicle was converted to a limousine from a standard passenger vehicle, there are federal standards that must be met to ensure that the passenger vehicle is roadworthy.

Finally, investigators learned that passengers in the crash and on prior trips had expressed concerns regarding the vehicle’s condition. Two days before the accident, the vehicle had been listed for sale on Craigslist, claiming that it had 180,000 miles.

A History of Non-Compliance for the Company

In the last two years, the limo company failed four out of five inspections with four vehicles being taken out of service. One of the issues cited in the most recent inspection of the Expedition was that the owner had failed to correct earlier violations.  The driver’s widow has stated that her husband complained to the company several times about the condition of their vehicles.

The driver of the Expedition was 53 year-old Scott Lisinicchia, who was working part-time for the limo company. He was ticketed in August for not having a commercial driver’s license with a passenger endorsement. Records indicate that he still did not have the license at the time of the accident, and therefore should not have been driving the limo at all. In addition, it has been reported that he had been given multiple tickets in Saratoga Springs, and his license would have been suspended but for a clerical error. Another couple that previously had Mr. Lisinicchia as their driver complained that they felt unsafe due to his erratic driving.

Limousines are what we refer to as “common carriers” and have specific legal obligations to ensure the safety of their passengers. This case is a sobering reminder of what happens when careless management and callous ownership neglect their legal obligations. If you’ve been injured in a limousine accident, you need someone who will hold these people accountable and make sure you get the compensation you deserve. The lawyers at Slappey & Sadd have been helping accident victims across the state of Georgia since 1992. Call us at 404-255-6677 or send us an email in order to schedule a free consultation.