Most bad-faith cases involve disagreements over the meaning of a particular provision of the insurance policy, the resolution of which resolves the issue of coverage.  Where the insured prevails on the coverage issue in such cases, it will sometimes be because the court found the provision ambiguous and construed it in favor of coverage.  Notwithstanding a ruling in favor of coverage in a particular case, the issue of whether the insurance company relied on the ambiguous provision in “bad faith” would still remain.  The cases are mixed as to whether an insurer can face liability for bad faith when the insurer denies coverage in reliance on an ambiguous policy provision.  As shown below, however, the modern trend appears to be that an insurance company’s reliance on an ambiguous provision does not shield the insurer from bad faith as a matter of law. 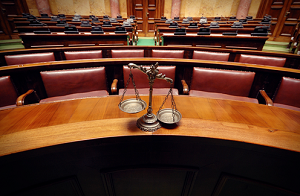 Turning to the issue of bad faith, the Court ruled that there could be no bad faith as a matter of law.  “Where the highest courts of the country have differed in respect to the construction of a contract, and, in this state, the principle, though hinted at, had never been settled, it cannot be that to test the question here is in bad faith.”  Thus, the court reasoned that the insurer could not be penalized for litigating its interpretation of the policy in that particular case, even though the insurer did not prevail.

A more recent case reached a different result.  In Georgia Farm Bureau v. Jackson, the named insured owned a Geo and a Taurus that were insured under two separate policies.  The policy on the Geo had an accidental death benefit, which stated as follows: The Company will pay insured’s injury coverage benefits for: … “accidental death benefit” incurred with respect to “bodily injury” sustained by an “eligible injured person” caused by an accident…. When used in reference to this coverage “accidental death benefit” means death resulting directly and independently of all other causes from “bodily injury” caused by accident while “occupying” or being struck by a “motor vehicle.”

The 16-year-old daughter of the named insured was killed in an accident while driving the Taurus.  The named insured made a claim under the Geo policy for the accidental death benefit, and the insurer denied the claim.  The trial court granted summary judgment and bad faith penalties against the insurer. With regard to coverage, the insurer argued on appeal that to qualify for the accidental death benefit an insured must be “struck by a motor vehicle” while a pedestrian.  In rejecting the argument, the Court of Appeals relied on the general rule that policies are to be read according to the reasonable expectations of the insured and found that the language of the endorsement was not specifically tailored to apply only to pedestrians.  Accordingly, the court found the language ambiguous and construed it in favor of coverage.

With regard to bad faith, the court acknowledged that an insurer is not liable for bad faith penalties where there is a doubtful question of law, but ruled that the policy was ambiguous without a doubt.  The assertion that there was a “doubtful question” was based on an “implication” gathered from the policy, the court reasoned, not on specific language or doubtful facts.  Accordingly, the court affirmed the trial court’s finding of bad faith as a matter of law.

In another case, the court ruled that although the insurer’s reliance on an ambiguous provision was “plausible,” bad faith should still go to the jury.  Bad faith and the reasonableness of the insurer’s In Transportation Ins. Co. v. Piedmont Construction Group, LLC, the court determined that the insurance company’s denial of coverage was based on a frivolous and unsubstantiated interpretation of policy language and the law, supporting bad faith as a matter of law.  In Transportation Ins. Co. v. Piedmont Construction Group, LLC, the insured was a contractor renovating part of a building.  A subcontractor started a fire that caused substantial damage to the entire building.  The building owner sued the contractor, and the contractor sought coverage and a defense from its liability insurer.  The insurer denied, relying on the so-called “business risks” exclusions, one of which bars coverage for damage to “[t]hat particular part of real property on which you or any contractors or subcontractors . . . are performing operations.”

The insurer relied solely on one decision of the Georgia Court of Appeals that had applied the exclusion when the insured sought liability coverage solely for its own work.  In the case at interpretation of policy language. bar, however, the fire had damaged parts of the owner’s property that were clearly not the insured’s work and not the “particular part” of the property on which the insured was working.  The insurer ignored case law making the distinction clear, supporting the appellate court’s decision to affirm the trial court’s finding of bad faith as a matter of law. 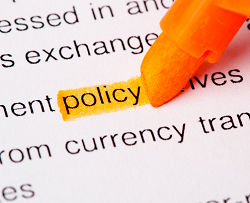 An “unfounded” interpretation of policy language may also create a jury issue as to bad faith.  In Selective Way Ins. Co. v. Litigation Technology Inc., the court affirmed a trial court’s denial of an insurance company’s motion for summary judgment on bad faith.  “[The unfounded interpretation] coupled with the fact that [the insurance company] initially agreed to pay and did not assert its exclusionary defense for over a year and a half creates a jury issue as to whether it exercised bad faith in refusing to pay [the insured’s] claim.”