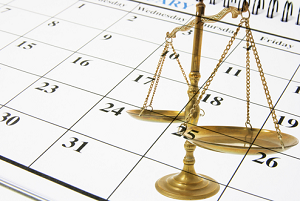 What Is Considered Timely Demand?

A proper “demand” for payment that complies with O.C.G.A. § 33-4-6 is essential to recovery.  In evaluating the sufficiency of a demand, a court should consider its purpose.  The purpose of the demand requirement “is to adequately notify an insurer that it is facing a bad faith claim so that it may make a decision about whether to pay, deny or further investigate the claim within the 60-day deadline.”

Because of the case law, no element of statutory bad faith provides more opportunity for the insured to forfeit an otherwise valid cause of action for bad faith than a failure to meet the deceptively simple demand requirement.  In summary, Georgia courts and courts applying Georgia law have interpreted the statute to require that a demand:

Demand must be prior to lawsuit 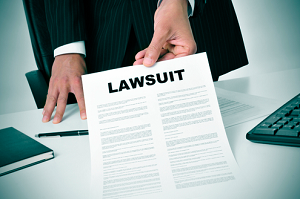 The literal language of the statute states that there must be a “refusal of the insurer to pay the [loss] within 60 days after a demand has been made.”  This language would not appear to foreclose the filing of a bad-faith lawsuit prior to 60 days after the demand has been made if the insurer were to issue a written, unequivocal refusal to pay following its receipt of the demand but prior to 60 days having run.  Such a reading would be consistent with the notion that the demand be sent such that the insurer has at least 60 days to decide whether to pay the claim or refuse to pay the claim before the lawsuit is filed.

Nonetheless, other courts have expressed the requirement more strictly, writing that “a failure to wait at least 60 days between making demand and filing suit constitutes an absolute bar to recovery of a bad-faith penalty and attorney fees under this statute.”  Until there is more clarity on this issue, the conservative approach would counsel waiting 60 days after the demand to file the suit, an intervening refusal to pay notwithstanding. 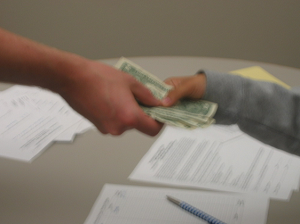 An insured is not in a position to demand immediate payment, and a demand is premature, if the insurer has additional time left under the terms of the insurance policy in which to investigate or adjust the loss. In Dixie Construction Products Inc. v. WMH Inc., the insured claimed it had made sufficient demand by May 4. The insured’s agent testified that he had submitted the final figures for adjustment of the claim on May 10.  The agent further stated that he figured the adjuster would need a reasonable amount of time to process the final figures and other claim information following its submission.  The trial court found the demand to be premature as a matter of law. The Court of Appeals affirmed, holding that there was no evidence that the insured was legally in a position to demand immediate payment more than 60 days before it filed the lawsuit.

Similarly, if the policyholder submits additional information after having sent a demand, and the insurer needed the information to determine whether the claim was payable, bad faith may be defeated as a matter of law. In Balboa Life and Cas., LLC v. Home Builders Finance, Inc., a mortgagee was a loss payee under a property policy.  The mortgagee sent a demand letter to the insurer.  The insurer responded with a request for “information relevant to determine the mortgagee’s interest in the insurance proceeds.” The mortgagee filed a bad-faith lawsuit less than 60 days later, defeating the bad-faith claim as a matter of law.

Specter or threat of litigation 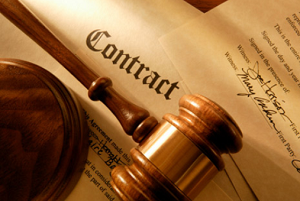 O.C.G.A. § 33-4-6 requires no specific content of the demand, and the plain language includes no requirement that the insured threaten litigation or a bad-faith lawsuit.  Despite the lack of such a requirement, some courts have required that “the language used must be sufficient to alert the insurer that it is facing a bad faith claim for a specific refusal to pay so that it may decide whether to pay the claim.”  As explained below, the case law reflects a subtle distinction in regard to the level of threat necessary.

On one end of the spectrum, some courts have required that the demand reflect only “the mere specter of a lawsuit.”  In Southern Realty Mgmt., Inc. v. Aspen Specialty Ins. Co., the insured’s attorney sent a letter to the insurer demanding payment of the amounts included in the proofs of loss submitted four months earlier and stating, “This letter is a formal demand for payment under the referenced policies and applicable law, and should be considered a demand for payment under the provisions of the Georgia Code pertaining to a refusal by an insurer to pay an insured’s loss after demand.”  Although the letter did not specifically threaten litigation or cite to the statute, it was a sufficient demand.

Because the statute addresses solely litigation between insurers and insureds, it is logical to assume that including a citation to the statute (though not required by the plain terms of the statute) puts an insurer on notice of possible litigation.

A more recent case examined two letters from the insured and determined that in combination the “transactions constituted a demand” under the statute. In Byce v. Pruco Life Ins. Co., the insured’s first letter stated that “I respectfully request immediate payment.”  The court ruled that “respectful language does not overcome the clear intent of the letter which was to demand payment.”  The court further ruled, however, that because the letter did not use the phrase “bad faith” or cite to the statute “as a shorthand,” the first letter did not “on its own” constitute a proper demand.  The second letter did not “actually state that [the insured] will sue,” but it did state that the insured did not “waive her right to sue [the insurer] at any time for its bad faith refusal to pay.”  The court ruled that “[t]hese letters taken together clearly indicate that, at a minimum, ‘a mere specter’ of a bad faith lawsuit existed.”  Thus, the two letters constituted a “transaction” that in turn constituted proper demand. On the other end of the spectrum, several courts have dismissed bad-faith claims for the failure of the demand to sufficiently threaten bad-faith litigation.

For example, a letter to the insurer from the insured’s attorney that complains of “stonewalling,” refers to “unacceptable” and “negligent” adjusting practices and promises to “hold [the insurer] fully responsible” for any failure to pay was held to be insufficient as a matter of law.  In Arrow Exterminators, Inc. v. Zurich American Ins. Co., the court faulted the letter for failing to reference a claim for “bad faith,” failing to cite to the statute as a “shorthand” reference or failing to state that the insured was contemplating litigation. Because of these failures, the insurer was not on sufficient notice that it had 60 days to make a decision or face possible penalties, and the bad-faith claim was dismissed.

The above requirements notwithstanding, a demand may be oral.  In Clark, the insured stated to an adjuster “[w]ell, if you won’t pay me I will have to take you in [sic] court,” and the adjuster responded, “I’ll see you in court.”  Significantly, the demand was oral and did not reference the penalty available under the statute.  Nonetheless, this exchange constituted a sufficient demand under O.C.G.A. § 33-4-6(a). Although such an oral demand presents a flare for the dramatic, written demands continue to be the safer practice and provide the clearer proof that the demand was properly made. Mere submission of a proof of loss is not a “demand” for payment, nor is the mere submission of bills.

A notice that fails to demand payment for a specific loss is insufficient.  Arrow Exterminators, Inc. v. Zurich American Ins. Co. is again instructive, because the letter merely expressed general dissatisfaction with the manner in which the insurer adjusted a series of claims rather than demanding payment for a specific claim.  The failure to demand payment in a particular sum, however, does not necessarily render the demand insufficient.  Indeed, the mere fact that a jury awards only 59 percent of the damages sought in a demand does not defeat bad faith as a matter of law.

Where an insurer files a declaratory judgment to determine its contractual duty to the insured, the insurer waives the 60-day notice requirement of O.C.G.A. § 33-4-6.50

PRACTICE POINTER:  Ideally, a demand should be sent after the insurance company has formally denied coverage, removing most potential objections as to whether the demand prematurely interrupted the claims-adjusting process.  When possible, a practitioner should attempt to review the entire insurance policy and make sure conditions precedent and other duties of the insured have been satisfied before sending a formal demand.  A formal, written demand is preferred over an oral demand for reasons of proof.  Some practitioners put something like the following legend across the top of the 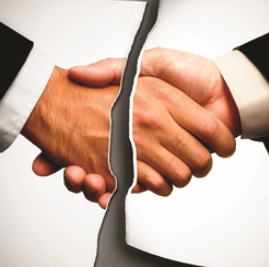