The statute opens with the requirement that there be a “loss” covered by a policy.  Thus, the insured must prove that the loss for which payment sought is covered under the insurance policy at issue.  Where the claim is not covered, the insurer has no obligation to pay and there can be no bad faith.

The vast majority of cases applying O.C.G.A. § 33-4-6 involve the insurance company’s failure to pay a loss under “first-party” coverage.  First-party coverage includes claims involving only the insured and the insurer, such as payment for property damage to a home following a fire or the payment of benefits under a life or disability policy.

An increasing number of statutory bad faith cases, however, involve the insurance company’s failure to provide coverage or a defense under a “third-party” liability policy.  An instructive example is Leader Nat. Ins. Co. v. Kemp & Son, Inc.13  In that case, the insurer failed to defend an insured under a liability policy, leading to judgments against the insured in excess of policy limits.  The insured sued the insurer.

At trial, the jury awarded the amount of the excess judgments,post-judgment interest and the statutory penalty, which at the time was twenty-five percent.  Both the Court of Appeals and the Supreme Court of Georgia affirmed.  The authors predict Georgia law to further develop in the coming years with respect to the relevance of O.C.G.A. § 33-4-6 in claims involving the alleged breach of a third-party liability policy.  Any such development must focus on the meaning of “loss” in the statute. 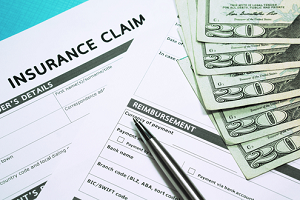 At present, there is a “loss” within the meaning of O.C.G.A. § 33-4-6 and bad faith damages are possible in cases involving a breach of the duty to defend under a liability policy.  In Transportation Ins. Co. v. Piedmont Construction Group, LLC, the insured was a contractor whose subcontractor caused a fire to the owner’s building.  The owner sued the contractor, who tendered the case to its liability insurer.  The insurer refused to defend the contractor.  The insured provided its own defense and filed an action against its insurer.  The court held that the insurer breached the duty to defend in bad faith, and that the attorneys’ fees incurred by the insured in its own defense was a “loss” within the meaning of O.C.G.A. § 33-4-6(a).  The court did not specifically address whether any amounts the insurer failed to pay in indemnification of a judgment constituted a “loss” under the statute.