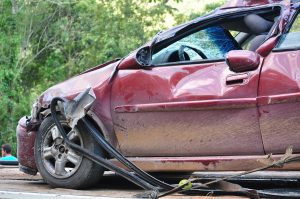 A report released in March of this year by the National Highway Traffic Safety Administration (NHTSA) paints a startling picture –  traffic fatalities among people 65 and older have increased by 22% from 2008 to 2017. The NHTSA reported last October that over 37,000 people were killed in car accidents in 2017, and the most recent report indicates that people 65 and older accounted for 18% of those fatalities. Clearly, older people are facing an increasing risk of serious injury and death on our nation’s roadways.

In addition to the raw numbers, the NHTSA’s recent report contains some other alarming statistics for older drivers:

These statistics are especially concerning because these fatalities are generally occurring when the occupants are wearing seatbelts and at times that are generally considered to be safer.

Georgia Ranks Among the Highest States for Older Fatalities

This may seem obvious, but older people generally face a higher risk of injury when involved in even minor car accidents. They are more likely to suffer broken bones or other serious injuries, and these injuries can take longer to heal and cause other health problems. What may be a relatively minor injury for someone younger could result in a permanent disability for someone over the age of 65. Older people also face heightened risks if surgery is required to treat their injuries.

Are Older Drivers to Blame?

In car accidents involving older drivers, many people assume that the older driver’s reduced abilities are to blame. While this is sometimes the case, we tend to forget that older drivers can be victims of negligence just like anyone else. Just because an older driver may not be as capable as they were when they were younger, it doesn’t mean that they were therefore negligent and caused the accident.

If you are 65 or older and were injured in an accident, the other driver may blame you, but their own negligence may have been the actual cause of the accident. Even if you were partially at fault, you still may be able to pursue a claim. An experienced personal injury attorney can review your case and help you understand your options.

If you or someone you love has been injured in a car accident caused by someone else’s negligence, you need someone to help you get the compensation you deserve. We’ve been helping car accident victims since 1992, and we have the knowledge and skills you need to make your claim. Call us at 888-474-9616 or contact us online to schedule a free consultation and case evaluation.