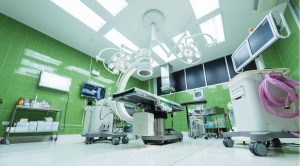 Following an eight-year review of medical death data, Johns Hopkins Medicine released a report in 2016 that there are an estimated 250,000 deaths per year in the United States due to medical error. According to the Johns Hopkins study, this would make medical errors the third highest cause of death in the country. One of the concerns noted in the study was that the CDC does not adequately classify deaths due to medical error, and so it’s difficult to identify exactly how many of these deaths occur each year. It’s even more difficult to calculate how many deaths are attributable to specific kinds of medical errors.

It has been estimated that thousands of people die each year due to surgical errors, making it one of the most common types of medical malpractice claims. If you’re suffering following complications from surgery, this post will review some of the common issues that we’ve seen in handling surgical error cases.

END_OF_DOCUMENT_TOKEN_TO_BE_REPLACED 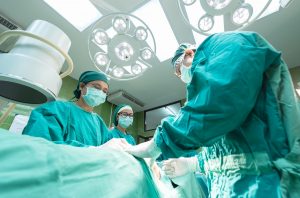 When you discuss medical malpractice, most people assume that you’re talking about suing a doctor. But what if you’re injured while in the hospital as a result of malpractice, but it’s not the doctor’s fault? Who is responsible?  In many cases, the only remaining option is the hospital.

END_OF_DOCUMENT_TOKEN_TO_BE_REPLACED

The family of a Massachusetts woman who died in childbirth nine years ago has finally been awarded $4 million in a medical malpractice lawsuit. Court documents show that 36-year-old Marie Gabriel-Gelin, of Stoughton, was pregnant in 2008 with her fourth child and was admitted to South Shore Hospital in Weymouth for a cesarean section delivery. Gabriel-Gelin had become anemic during her pregnancy, which placed her at a higher risk of encountering life-threatening complications during a cesarean-section, according to court records. Attorneys for her family claimed at trial that, during the procedure, one of the doctors punctured her bowel, which had to be repaired by a vascular surgeon. Gabriel-Gelin lost a substantial amount of blood as a result of this incident and other complications and required close monitoring afterward.

Following Gabriel-Gelin’s operation, her doctor ordered blood products in the event that she would need a transfusion, but did not provide any instructions on when or how that should be done before signing her over to one of his colleagues. Soon after, the lawsuit claimed that she began hemorrhaging, and a transfusion was ordered, but the transfusion did not contain the materials necessary to help her blood begin clotting. As a result, she began to foam at the mount and went into cardiac arrest. Her medical team ordered more transfusions and worked to control the bleeding, even going so far as to perform an emergency hysterectomy, but Gabriel-Gelin died soon after. Her cause of death was determined to be “pulmonary amniotic fluid embolism following cesarean delivery of intrauterine pregnancy.”

“The defendants were aware,” the plaintiffs’ attorneys argued, “that since [Gabriel-Gelin] had lost a substantial amount of blood during delivery and that she was anemic, she was at risk of a life-threatening condition if she lost any more blood. Nevertheless, they failed to order immediate and aggressive treatment of Ms. Gelin’s hemorrhage including immediate intraoperative and postoperative transfusions of blood, plasma, and other agents to prevent death due to post-partum hemorrhage due to uterine atony. By the time blood products and plasma were ordered and administered, it was too late to prevent her cardiac arrest and death.”

END_OF_DOCUMENT_TOKEN_TO_BE_REPLACED

A surgical error is any preventable mistake that a surgeon makes during surgery and, as such, they are a major cause of medical malpractice lawsuits. Experts estimate that that surgeons commit over 4,000 preventable mistakes every year, which cost the medical industry more than $1.3 billion in malpractice payouts. But what exactly is a “surgical error”? Some of the most common situations that fall into that category of medical malpractice include: