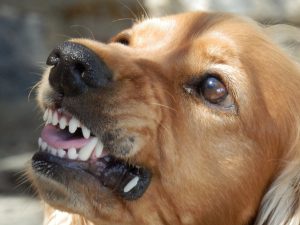 We’ve written before about dog bite cases, but a couple of recent cases in Georgia make the topic worth revisiting.

In July, an eight-year-old girl was hospitalized for her injuries after being attacked by a pit bull. The 911 caller reported to the dispatcher that she was “covered in blood.” The girl experienced a full recovery, but it was a harrowing experience. The owners of the pitbull surrendered the dog to animal control authorities, otherwise it would have been deemed a “dangerous dog.”  The dog was later euthanized.

Just a few days later, a Springfield boy was seriously injured in a vicious dog attack. His injuries required more than 200 stitches and plastic surgery. The boy’s mother reported that he needed reconstructive surgery to his lip and that at one point he was at risk of losing his eye. The dog, a 10-year-old pit bull, was quarantined by animal control officials.

Investigators were unable to determine what prompted these attacks, but in both instances the dog had to be pulled off of the victim. As noted, both dogs were pit bulls. Both victims were young children who sustained serious injuries that required hospitalization.

Because it was such a traumatic event, the mother of the Springfield boy believes that her son will need psychiatric counseling. Anxiety and even PTSD are not uncommon following dog attacks. In addition, victims may face some scarring, nerve damage, and physical therapy.  A man in Cobb County required two knee surgeries following a dog bite, resulting in a $450,000 settlement after filing suit.

What to Do if You’ve Been Bitten by a Dog

If you’ve been bitten by a dog, it’s not always clear at the outset whether you will need to pursue legal action for your injuries. As a result, we recommend that you take the following steps:

Finally, you may want to consider speaking with a personal injury attorney who has experience with dog bite cases. An attorney can explain your options and help you move forward if necessary.

If you’re suffering as a result of a vicious dog attack, our attorneys can help you get the compensation you deserve. Just give us a call at 888-474-9616 or send us an email to schedule a free consultation.