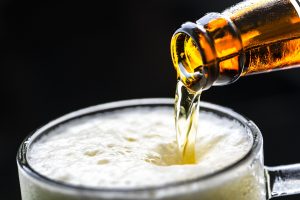 If someone causes an accident while driving drunk or high, we expect them to be prosecuted criminally. We tend to overlook the fact that the driver may also be held civilly liable for the accident victim’s injuries. Driving while impaired is not only criminal behavior, but it is also negligence. If you’ve been injured by an impaired driver, you may be entitled to compensation.

The car accident lawyers at Slappey & Sadd have been helping car accident victims across the state of Georgia since 1992. We know what it takes to get you the compensation you need. If you would like to schedule a free consultation with one of our lawyers, call us at 404-255-6677 or reach out via our online contact form.

When you mention that a driver was impaired, most people immediately assume that they were drinking. However, impairment can be caused by other commonly used substances in addition to alcohol:

Each of these substances can result in impairment when used alone or in combination with other drugs or alcohol. And while the resulting impairment may be an accident, drivers are responsible for understanding the likely and potential side effects of any drugs they are taking.

Illegal drugs obviously cause impairment. However, as our nation relaxes its attitude toward marijuana, it appears that driving while high is causing an increase in the number of car accidents. Studies performed by the National Highway Traffic Safety Administration suggest that the number of drivers under the influence of marijuana has increased from 8.6 percent in 2007 to 12.6 in 2014.

If you’ve ever taken prescription medication, you are likely aware of the many side effects those drugs can cause. While these drugs are intended to improve our health, they can also affect your judgment, coordination, and reaction time. They routinely can cause drowsiness, causing people to be inattentive or fall asleep behind the wheel. These side effects can be amplified when the medication is mixed with even a small amount of alcohol, or is taken at a higher dosage, or is taken on an empty stomach.

Driving while drunk or high is commonly considered reckless behavior, and you would expect that person to be held accountable if they caused an accident. However, many people don’t realize that driving while impaired in any way is negligent driving. Every driver has a legal obligation to operate their vehicle in a safe manner and with the necessary due care. When they fail to do so and cause an accident that results in injury, their behavior rises to the level of negligence.

No one leaves their home planning to drive while impaired – with a few exceptions, most people thought they were “fine” when they got behind the wheel. Nevertheless, people are expected to understand the side effects of any medications they are taking and know whether it will be safe for them to drive.

Injured in an Accident Caused by an Impaired Driver? Call Slappey & Sadd

When someone is impaired behind the wheel, they place everyone else on the road at risk. Car accidents caused by impaired drivers can result in serious injuries and even death. The Atlanta car accident attorneys at Slappey & Sadd believes that negligent drivers and their insurance companies should be held accountable. With decades of experience, we know how to get you the compensation you deserve. If you’ve been injured in a car accident, contact the Georgia car accident lawyers at Slappey & Sadd by calling 404-255-6677 to schedule a free consultation.