The Georgia Court of Appeals has recently created a “safe harbor” for an insurer presented with an opportunity to settle a claim that involves certain healthcare liens. S. Gen. Ins. Co. v. Wellstar Health Sys., Inc., provides a typical example of the manner in which a hospital lien could complicate efforts between the claimant and the insurer to settle claims against the insured. In Wellstar, the insured injured a bicyclist. The insured’s liability limits were insufficient to compensate the bicyclist for his damages. A healthcare provider (Wellstar) asserted a lien. The bicyclist accepted policy limits to settle the tort claim against the insured but would not agree to indemnify the insurer. The insurer paid the claimant anyway. The healthcare provider succeeded in enforcing the lien against the insurer in the trial court. The insurer appealed, arguing that the familiar law of offers and counteroffers as applied in Frickey v. Jones conflicted with the potential liability to settling parties arising out of hospital lien law. Although declining to find any such conflict, the court in Wellstar created a “safe harbor” for insurers in the situation in which Southern General found itself.

What Is “Safe Harbor”?

[I]t is possible for an insurance company to create a ‘safe harbor’ from liability under Holt and its progeny when: 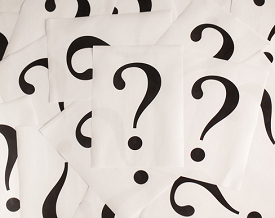 An insurance company – faced with a situation of clear liability and special damages in excess of the policy limits – offers in a timely fashion to tender its policy limits to the plaintiff, subject to a reasonably and narrowly tailored provision assuring that the plaintiff will satisfy any hospital liens from the proceeds of such settlement payment. For example, the insurance company could request that plaintiff’s counsel or a third party hold a portion of the settlement proceeds (in an amount equal to that of the hospital lien) in escrow to allow the plaintiff an opportunity to investigate the validity of the liens and to negotiate with the hospital. And once the relevant lien-resolving documents have been executed by the parties, the held-back settlement funds could then be disbursed to the plaintiff. But if the insurer made such an offer or counteroffer (in a timely and reasonable fashion) and the plaintiff unreasonably refused to give the requested assurance, the insurer is (at that point) under no obligation to tender policy limits directly to the plaintiff. Indeed, a plaintiff who unreasonably refuses to give such an assurance does so at his or her own peril because the insurance company would thereafter have no obligation to negotiate with the hospital or otherwise advocate on the plaintiff’s behalf. Instead, the insurer would be free (at that point) to simply verify the validity of any liens, make payment directly to the hospital, and then disburse any remaining funds to the plaintiff. Most fundamentally, there was no bad faith in Wellstar and no allegations of bad faith. Indeed, there could be no bad faith because the insurer effectively settled the claims against its insured. Thus, the insured’s interests and perspectives were not represented in the briefing and argument leading to the Wellstar decision. The only two interests represented, insurance companies and hospitals, can derive benefits from a “safe harbor” that allows the insurance company to pay the hospital without protecting the insured from legal liability. For that reason, any application of the safe harbor in a situation where there has actually been an excess judgment against the insured remains uncertain.

The Court tempered its suggestion by noting as follows: “The hypothetical posited supra should in no way be read as condoning or encouraging an insurance company to make payment directly to a hospital before engaging in good-faith settlement negotiations with a plaintiff. And while we leave the answer to this question for another day, it is possible that an insurer would be liable under Holt and its progeny if the company made payment directly to the hospital before even attempting to negotiate with the plaintiff.” Wellstar is perhaps better viewed (and more easily reconciled) in relation to the reasonableness of the opportunity to settle and the actions of the reasonably prudent insurer in responding to such an opportunity. It would seem unreasonable to fault an insurer for considering the effect of known and perfected liens when evaluating an opportunity to settle. However, a reasonably prudent insurer, giving equal consideration to the interests of its insured, should weigh the risk to the insured created by the lien as against the risk to the insured created by the legal liability to the claimant. Wellstar does not recognize or address those concerns, arguably making it contrary to existing authority.