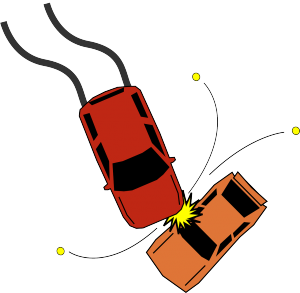 Intersections can be dangerous places – traffic entering from different directions, vehicles stopping and going and making turns, often without looking. Then there are pedestrians and cyclists also entering the intersection, and sometimes in unpredictable ways. It’s no wonder, therefore, that so many car accidents occur at intersections.

Four-way intersection with stop signs for all drivers:

The question of who has the right of way becomes more complicated once pedestrians and cyclists enter the mix.

Contact a Georgia Car Accident Attorney for a Free Consultation

The attorneys at Slappey & Sadd represent car accident victims in the Atlanta area and across the state of Georgia. Established in 1992, we have the experience you need in order to get the compensation you deserve. If you’ve been injured in a car accident due to someone else’s negligence, call us at  888-474-9616 or send us an email in order to schedule a free consultation with one of our attorneys.