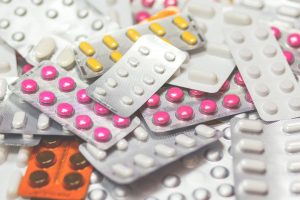 Zantac, a prescription heartburn medication, and its generic equivalent have been under pretty intense scrutiny as of late. Worse than “scrutiny,” really. Questions about whether Zantac and ranitidine, its generic equivalent, arose more than a year ago when an online pharmacy notified the Food and Drug Administration that it had determined that ranitidine use could result in elevated levels of a likely carcinogen. In response, a number of national pharmacies pulled Zantac and its generic equivalent from their shelves, as well as over-the-counter drugs containing ranitidine. A number of generic manufacturers and Sanofi, which makes the prescription drug Zantac in the U.S., recalled drugs containing ranitidine. In April 2020, the FDA asked all manufacturers of products containing ranitidine to pull their drugs from the market. If you have been injured by Zantac or another defective drug, call us today to speak with an Atlanta personal injury lawyer.

While it remains to be proven if Zantac and ranitidine actually cause any kinds of cancer, there is no question that a suspected cancer-causing chemical has been found to be caused at unacceptable levels by ranitidine. The chemical, N-Nitrosodimethylamine, also known as NDMA, is intentionally produced in the U.S. only as a research chemical. Years ago, it was used in rocket fuel, but that practice was discontinued when the air, water, and ground hear a rocket fuel manufacturing plant was found to be laden with NDMA. The chemical sometimes is created unintentionally in the manufacture of other chemicals, as apparently happened during the manufacture of ranitidine, and apparently also can form in the digestive tract of ranitidine users. NDMA is known to be harmful to the liver, and many of the lawsuits against Sanofi and generic ranitidine makers claim the chemical is causing stomach and bladder cancer as well as liver cancer. The suits contend the manufacturers knew about the high levels of NDMA and knew the chemical could cause certain forms of cancer. There are no known cases of NDMA causing cancer in people, but the chemical is listed by an international cancer research group as carcinogenic and is used in research to induce cancer in rats.

Research has linked NDMA exposure to a number of cancers, including:

Further, research indicates that, in limited circumstances, NDMA exposure also appears to be related to:

However, the relationship between this second group of cancers and Zantac use is not as well established.

If You Were A Zantac User, Contact The Atlanta Personal Injury Attorneys of Slappey & Sadd

If you used Zantac or a generic equivalent for an extended period of time and have developed one of several types of cancer, you should examine the possibility of recovering damages. Contact the attorneys at Slappey & Sadd for a free consultation to discuss your case. Our attorneys serve the entire state of Georgia, including Smyrna, Decatur, and Marietta.