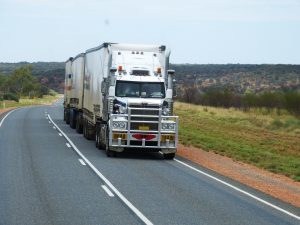 So-called “underride” accidents account for less than 1 percent of all traffic fatalities but take on an out-sized importance because of the belief that such accidents can be prevented with additional safety equipment. Underride accidents occur when a vehicle – usually a passenger car – strikes a tractor-trailer from behind or from the side and wedges the passenger vehicle under the trailer. Because the trailer portion of a tractor-trailer rig has a high ground clearance, passenger cars generally can pass under the trailer, usually shearing the top off the car and resulting in catastrophic, frequently fatal injuries to the occupants of the car. The federal government has taken some steps regarding underride accidents but has not mandated the use of all of the safety equipment necessary to reduce or prevent such crashes.

If you have been hurt in an accident with a commercial vehicle, call us today to speak with an Atlanta truck accident lawyer.

Overall, the prevention of underride accidents is a fairly low priority in some ways because the accidents lead to far fewer overall traffic deaths than many other causes such as speeding or drunk driving. However, underride crashes caused an average of 219 deaths each year from 2008 through 2017. While these fatalities represent less than 1 percent of all traffic deaths annually over that period, they account for 5.4 percent of the 4,015 traffic deaths from collisions involving large commercial trucks. Such accidents also carry a much higher risk of severe or fatal injuries than other kinds of crashes. Further, it is believed that underride accidents likely are underreported because there is no standard definition or reporting standards for the accidents among the states and the nation’s police departments.

Federal regulations are not completely silent on the issue. The federal government has required since 1952 that large commercial trucks and trailers that are part of tractor-trailer rigs be equipped with underride guards on the rear of the truck or trailer. The guards must be strong enough to prevent a car from sliding under the truck or trailer. The issue for many traffic safety advocates, and the problem confronting the federal government, is the lack of safety equipment requirements for preventing side-impact underrides.

If You Have Been Injured In An Underride Crash, Contact Us Today to Speak with an Atlanta Truck Accident Lawyer

If you have been injured in an underride crash with a large commercial truck or tractor-trailer, you could be entitled to compensation for your injuries and other damages. Contact the attorneys at Slappey & Sadd for a free consultation to discuss your case. Our attorneys serve the entire state of Georgia, including Smyrna, Decatur, and Marietta.