An insurance agent’s bad faith may be imputed to the insurance company and thus become the company’s bad faith.  However, under Georgia law, the potential liability of an insurance broker or agent (separate from the potential liability of the insurer itself) is limited to the terms of the insurance policy it negligently failed to procure. An agent who negligently fails to procure the requested coverage is liable for loss or damage to the limit of the agreed policy.

In J. Smith Lanier & Company v. Southeastern Forge, Inc., the Georgia Supreme Court clarified that an agent or broker who negligently fails to procure a policy is not necessarily subject to the same law as an insurer who refuses to pay a claim in bad faith.  Southeastern Forge was a client of the independent insurance broker J. Smith Lanier (“Lanier”).  In 1998, Lanier prepared Southeastern’s application for primary and excess general liability coverage, but negligently failed to list an event on the application when it was submitted to the excess insurer.  After an agricultural blade manufactured by Southeastern Forge malfunctioned and injured a worker in Texas, the excess insurer sought a declaratory judgment that the policy was void ab initio for the failure to list the event on the application.  Southeastern Forge then filed suit against Lanier, asserting negligence, breach of fiduciary duty, and breach of contract to recover the funds expended in the Texas suit.  The trial court held that Southeastern Forge could not obtain more than the $2 million policy limits.  The Georgia Supreme Court agreed, noting that under the facts of that case the law did not impose “the unique statutory duties of insurers on independent brokers who do not issue contracts of insurance and have no duty or ability to evaluate and compromise claims.”

END_OF_DOCUMENT_TOKEN_TO_BE_REPLACED

An insurance agent is an individual appointed or employed by an insurer who sells, solicits, or negotiates insurance, or an individual insurance producer. Agents are licensed by and subject to regulation by the state. An agent may be an independent agent, representing at least two insurance companies and serving clients by searching the market for the most coverage at the best price. An agent generally receives a commission and a fee for handling the insured’s policy. A captive agent is a representative of a single insurer or group of insurers who is obliged to submit business only to that company, or at the very minimum, give that company first refusal rights on a sale. In exchange, that insurer usually provides its captive agents with an allowance for office expenses as well as an extensive list of employee benefits such as pensions, life insurance, health insurance, and credit unions.

The terms “agent” and “broker” are now often used interchangeably. Early case law suggests that an “agent” usually refers to a captive agent and a “broker” to an independent agent. Here, however, we will use “agent” to refer to both independent and captive agents.

END_OF_DOCUMENT_TOKEN_TO_BE_REPLACED

Insurers sometimes audit defense counsel’s fee bills as a cost control measure.  A billing audit “encompasses a range of services, from an examination of the face of the legal bill for improper charges or errors to a detailed analysis of original time records, attorney work product, expenses and hourly rate benchmarks, and more.” Audits examine hourly rates, background information about the legal matter and lawyer work product to gauge quality, tactics, strategy and performance in context. Ethical problems arise when bills contain confidential or privileged information.  Billing records and underlying documentation may reveal the motive of the client in seeking representation, litigation strategy, or the specific nature of the services provided to the insured – information that is generally protected by confidentiality rules, attorney-client privilege, or both. Disclosure of the information required to perform an audit may be particularly problematic when coverage issues exist, as work product by defense counsel could harm the insured’s interests with regard to the coverage issue.

END_OF_DOCUMENT_TOKEN_TO_BE_REPLACED

“Advice” to the Defendant from Plaintiff’s Counsel

Ethical issues may arise when an insurer refuses an offer to settle within policy limits, and the plaintiff’s counsel writes a letter to the insured defendant regarding the matter.  In Formal Advisory Opinion No. 86-4, the Supreme Court of Georgia first stated the general rules that an insurer is normally only liable for:

END_OF_DOCUMENT_TOKEN_TO_BE_REPLACED

Georgia’s Unfair Claims Settlement Practices Act is designed “to set forth standards for the investigation and disposition of claims arising under policies or certificates of insurance issued to residents of Georgia.” The UCSPA does not cover claims involving workers’ compensation, fidelity, or surety insurance. The Act sets out fourteen acts that constitute unfair claims settlement practices when committed.

END_OF_DOCUMENT_TOKEN_TO_BE_REPLACED

What Is “UM” Coverage?

“UM” coverage is an optional coverage that an insured may purchase to cover the insured who is injured by the negligence of another person who has no liability coverage or insufficient liability coverage to compensate the insured for his or her injuries. Like any insurance policy, an automobile policy providing UM coverage will have its own provisions regarding notice of a claim to the insurer. Care must be taken in reading the policy to determine whether the General Conditions section of the policy contains a notice provision applicable to all coverages or whether the UM coverage section contains its own notice provision.

END_OF_DOCUMENT_TOKEN_TO_BE_REPLACED 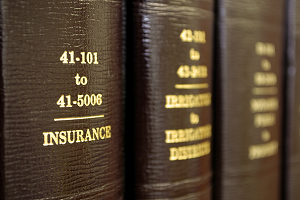 Other Issues Involved In Insurance Litigation

All litigation regarding an insurer’s bad faith necessarily involves other issues associated with the law of insurance contracts and insurance coverage. For example, an insurer’s bad-faith failure to settle under the common law may have its genesis in the insurance company’s decision not to provide a defense to an insured, the lack of defense resulting in a large judgment in excess of policy limits. With respect to statutory bad faith, issues may arise as to whether the insurer’s decision not to pay a property damage claim is caused by the insurer’s failure to conduct an adequate investigation. Finally, any time there is litigation involving any type of insurance policy, certain issues – like timely notice – might come into play.

Duty To Give Notice And Liability Policies