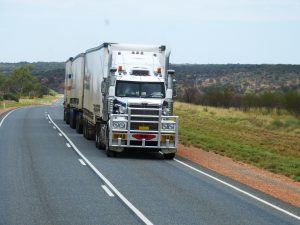 END_OF_DOCUMENT_TOKEN_TO_BE_REPLACED

You have likely heard about the horrific accident that happened shortly after the New Year on I-75 near Gainesville, Florida. Investigators still haven’t issued their final report, but it appears that a car and a semi-truck collided in the northbound lanes of I-75. The two vehicles then broke through a guardrail, crossed the median, and collided with another semi-truck and a church van loaded with children and headed for Disney World. As a result of diesel fuel spilled during the accident, the wreckage was consumed by a fire that burned so intensely it actually damaged the roadway. Tragically, 7 people were killed – 5 children and both truck drivers, with at least 8 others injured.

This accident is a sobering reminder of just how serious truck accidents can be. Reportedly occurring on a flat, straight stretch of I-75 in clear weather with good visibility, it raises the question of what you can do to avoid being involved in a similarly deadly accident.