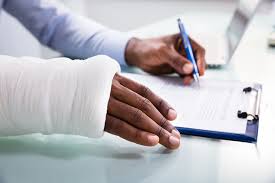 Personal injury cases are complex, and victims often suffer personal injuries and extensive property damage. Understanding the various kinds of damages that may be applicable to your case can help you seek financial compensation for your injuries. Damages are generally divided into economic damages and non-economic damages.

END_OF_DOCUMENT_TOKEN_TO_BE_REPLACED

This Sunday, our Atlanta Falcons will take on the New England Patriots in Super Bowl LI. In the 51 seasons the Falcons have been in existence, this will only be the second time that they have appeared in the Super Bowl, with their 1996 appearance against the Denver Broncos ending in a 34-19 loss.

In light of this history, you can be certain that a significant number of people in the Atlanta area will be attending parties and going to bars and restaurants this Sunday to watch the big game. Furthermore, perhaps more than any other sporting event, Super Bowl Sunday is strongly associated with party food and the consumption of alcoholic beverages. In fact, Atlanta Mayor Kasim Reed has taken the step of signing an executive order allowing bars to stay open until 2:30 a.m. this Sunday, an action which is in stark contrast to the way that other cities handle Super Bowl appearances for their teams.

All of the factors combine to result in a situation where there almost certainly be more drunk drivers on the road than usual this Sunday. Law enforcement authorities shares this view, with Live5news.com quoting the Commissioner of the Department of Public Safety being as saying “You will see our presence and you can expect that you might come upon a sobriety checkpoint.”