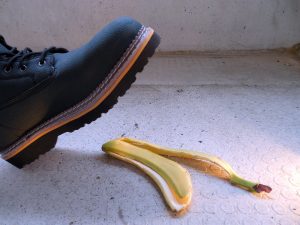 Any injury can be a lot to deal with, but injuries sustained at work can be particularly complicated. Legal issues aside, perhaps the biggest challenge is what to do about your lost income. Thankfully, workers’ compensation is available to most employees, but it’s important to understand how workers’ compensation relates to other options you may have. In this post and the next, we’ll cover the options available to you in order to get the compensation you need.

If you’ve been injured on the job, the first thing to do is to make sure you understand all of your options. In some cases, you may be able to pursue more than one claim. In other instances, you choose one option to the exclusion of all others. As a result, you need to know at the outset which options are available to you and the advantages and disadvantages related to each.

END_OF_DOCUMENT_TOKEN_TO_BE_REPLACED 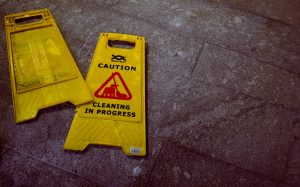 Workplace injuries are more common than you may think. In a news release issued earlier this month, the Bureau of Labor Statistics reported that there were 2.8 million nonfatal workplace injuries in 2017. Of those injuries, almost 890,000 required the employee to miss work.

For many of us, missing work means lost income. The situation gets even more complicated if your injury leaves you partially or totally disabled, even if the disability is only temporary. And unfortunately, many of these injuries are preventable. As a result of ever-increasing pressures to be profitable, many employers become careless with regard to their employees’ safety. Using statistics from the Occupational Safety and Health Administration (OSHA), we’ll review some of the ways that employers routinely put the safety of their employees at risk.

END_OF_DOCUMENT_TOKEN_TO_BE_REPLACED

When someone mentions a workplace injury, people often imagine some kind of awful industrial accident involving heavy equipment that results in a severe injury or even death. While those kinds of accidents do happen, there is a broad spectrum of injuries that can occur in the workplace. It’s important to note that if you’re injured on the job, you may be entitled to compensation, no matter what the injury. In this post, we want to call your attention to some of the most common workplace injuries that people tend to overlook.

Repetitive motion injuries (RMIs, for short, but also known as “repetitive strain injuries”) are injuries that arise from actions that are repeated hundreds of times throughout the day or week. An obvious example is working at a computer all day, resulting in carpal tunnel syndrome, deteriorating vision, and muscle strains in your back and neck. However, RMIs are not limited to desk jobs – any motion that is repeated over and over can eventually harm the joints, tendons, and ligaments.

END_OF_DOCUMENT_TOKEN_TO_BE_REPLACED

According to the Department of Labor, there were 2.9 million nonfatal workplace injuries in 2016. Of course, this includes those cases that may not affect the worker’s ability to continue working. But what if your injury forces you to take time off? You have bills to pay, and you need to buy groceries, but you also need to recover from your injury. What do you do?

END_OF_DOCUMENT_TOKEN_TO_BE_REPLACED

A group of first responders who were exposed to smoke from the Crosby, Texas, chemical plant that exploded in the wake of Hurricane Harvey is suing the owner of the plant for over $1 million, alleging that fumes from the smoke caused them to vomit and gasp for air after exposure. The responders argue in their suit that the plant’s owner, Arkema, minimized the true extent of the danger of exposure to the fire. They also claim that Arkema failed to warn the responders manning the perimeter of the mandatory 1.5-mile evacuation area to move farther away from the fumes. The lawsuit claims that “immediately upon being exposed to the fumes from the explosion, and one by one, the police officers and first responders began to fall ill in the middle of the road.” The suit also alleges that some police officers, unable to abandon their vehicles with weapons in them, drove themselves to the nearest hospital. Other responders were taken by ambulance.

After the loss of refrigeration led to an evacuation of the plant, Arkema executives and the Harris County fire marshal’s office warned people to stay at least 1.5 miles away, a distance the lawsuit calls “arbitrary.”However, Arkema and fire officials are not calling the smoke from the fires “toxic.”Rather, the company asserts that the smoke inhaled by police was a “nontoxic irritant,” and stated that toxicity is a relative determination. “We reject any suggestion that we failed to warn of the danger of breathing the smoke from the fires at our site, or that we ever misled anyone,” the company said. ”To the contrary, we pleaded with the public, for their own safety, to respect the 1.5-mile evacuation zone imposed by the unified command well prior to any fire.”

END_OF_DOCUMENT_TOKEN_TO_BE_REPLACED

In the summer of 2009, a man walked into an Old Navy store in downtown Chicago where his girlfriend worked, pulled out a gun, shot her to death, and then killed himself. Police called the incident a “domestic dispute.” Not only did Old Navy have to deal with the public relations nightmare the incident caused, the family of the murdered employee soon filed a lawsuit against the company. The suit alleges that the shooting could have been prevented and that store management knew of threats against the employee and failed to act. It also alleged that the store’s security measures were outdated because the boyfriend was able to enter the store through a private employee entrance and then gain access to a restricted employee area, where he committed the murder-suicide.

Incidents of workplace violence such as this one have become an increasingly problematic phenomenon in recent decades. According the bureau of Labor Statistics, 11,613 people were killed between 1992 and 2006 in incidents of workplace violence. On average, 1.7 million people are victims of violent crime while working or on duty in the United States every year, according to the Bureau of Justice Statistics. The National Institute for Occupational Safety and Health (NIOSH) defines workplace violence as “any physical assault, threatening behavior, or verbal abuse occurring in the work setting.” The workplace can be any location “where an employee performs any work-related duty.” This includes buildings, parking lots, clients’ homes, and travel to and from work assignments.While it would seem that the blame for workplace violence would most naturally fall on the perpetrators, employers also face various legal liabilities when their employees or customers are victims.

There are several methods by which an employer can be held liable for incidents of workplace violence, outlined below.

END_OF_DOCUMENT_TOKEN_TO_BE_REPLACED

ExxonMobil Corp. has been fined $165,000 by federal regulators for safety violations over an explosion that occurred in 2016 at a large oil refinery in Baton Rouge, Louisiana.  The  United States Occupational Safety and Health Administration (OSHA) issued a total of nine citations, including citations for inadequate training and equipment maintenance at the aging facility. Exxon has stated that it is contesting OSHA’s most recent findings and the fines the agency imposed.

The facility in question is an alkylation unit that makes octane-boosting components for gasoline. The explosion occurred on November 22, 2016, when a worker removed the cover of a malfunctioning valve on an isobutane line and used a wrench to turn the valve system. As the operator turned the valve system, portions of the valve fell out, releasing isobutane and igniting a welding machine 70 feet away. As a result of the explosion, one worker was knocked off a scaffold and left dangling over the fire, while another worker was burned over most of her body. In total, four workers were injured, two of them severely.

This is not the first time the Baton Rouge facility has drawn the federal government’s ire; he facility was faulted five years ago by the U.S. Environmental Protection Agency (EPA) for failing to address corrosion on pipes and valves and for inadequate shutdown and emergency procedures provided to workers.In 2012, the EPA inspected the Baton Rouge refinery as part of a risk management prevention program and found Exxon had not examined more than 1,000 underground pipes in five years, many of which were corroded, according to the agency’s report on the inspection. The EPA also found that emergency and shutdown procedures failed to provide needed details for operators.According to the latest OSHA citations, Exxon’s safety procedures and training for operators on the alkylation unit were lacking, equipment was not properly maintained, and required safety inspections were not carried out within the required time periods. Eight of the nine citations were listed as “series,” each carrying a fine of $12,675. The ninth fine was for failing to carry out external visual and ultrasonic inspections of piping, and carried a fine of $63,373. The ninth fine was much higher than the fines for the other citations because OSHA cited Exxon in 2016 for violating the same inspection standard at a mother of its refining facilities in Baytown, Texas