If you or a close family member has been injured because of abuse or neglect in a nursing facility, let the experienced attorneys at Slappey & Sadd, LLC assist you. Our skilled lawyers represent injured nursing home patients everywhere in Georgia, including in Fulton County, DeKalb County, Gwinnett County, Muscogee County, Newton County, Richmond County, Troup County, Walton County, and Whitfield County. Feel free to give us a call at 404.255.6677, or contact us online, for assistance with your legal matter.

END_OF_DOCUMENT_TOKEN_TO_BE_REPLACED 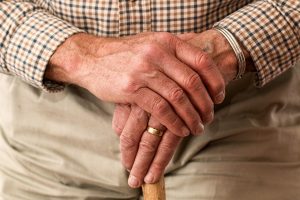 June 15th was designated as World Elder Abuse Awareness Day in order to shed light on this very serious problem. By some estimates, 1 out of every 10 elders will suffer some kind of abuse at the hands of the caregivers, and most of those cases will go unreported. The good news is that you can play an active role in keeping your senior safe.

At Slappey & Sadd, we know that the decision to place your senior in a home isn’t easy. That’s why we work with our clients to hold negligent nursing homes accountable. We work with families in the Atlanta area and across the state of Georgia to help them get the care their seniors deserve. If you think your senior is the victim of abuse or neglect, call us at 404-255-6677 for a free consultation.

END_OF_DOCUMENT_TOKEN_TO_BE_REPLACED

It’s well documented that the coronavirus can be life-threatening for the elderly and those whose immune systems are already impaired. As a result, nursing homes and other facilities frequented by the elderly must take extra precautions to minimize exposure to their residents and clients. The truth is, however, that these facilities face a number of challenges even without the current epidemic. Sadly, many nursing homes fail to keep their residents safe and do not provide the care that they promised.

Nursing homes can be negligent in several different ways, such as failing to comply with regulatory standards or as a result of poor maintenance. In this post, we’ll discuss some of the common sources of negligence in nursing homes.

END_OF_DOCUMENT_TOKEN_TO_BE_REPLACED 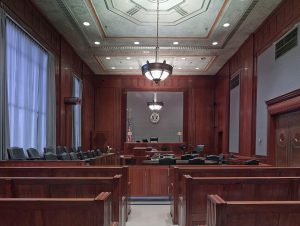 In any personal injury case, you need to prove your case, and in many cases, this requires the testimony of an expert witness. The phrase “expert witness” may sound intimidating, especially to non-lawyers. We hope to alleviate your fears, but also help you understand how a lawyer can help you with proving your claim.

What is an Expert Witness?

END_OF_DOCUMENT_TOKEN_TO_BE_REPLACED 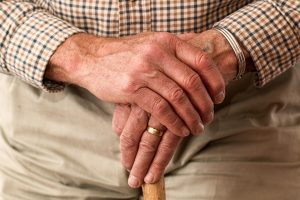 Elder abuse is a tragic topic – no one wants to think about our seniors suffering abuse at the hands of those who are supposed to be taking care of them. But it’s important to remember that elder abuse isn’t limited to physical abuse. Elder abuse also includes neglect.

Nursing homes, assisted living facilities, and even in-home care services are contractually obligated to ensure that those in their care are receiving proper care. When they fail to provide medicine, food, or simply fail to make sure their needs are being met, they may be held liable for their neglect.

END_OF_DOCUMENT_TOKEN_TO_BE_REPLACED

A case that was reported earlier this week serves as a grim reminder of the dangers our seniors may face while under the care of others. Three assisted living center employees were arrested after posting a Snapchat video documenting a shocking lack of care for a 76-year-old woman who was dying in hospice care. The video showed the three employees in the woman’s room, vaping and shouting obscenities at the camera while the woman lay dying in the background. The woman had suffered a stroke, and the employees had been instructed to monitor the woman while waiting for a hospice nurse. The employees titled the Snapchat video, “The End.”

Also recently reported, a 54-year-old certified nursing assistant who worked at Chaplinwood Nursing Home in Milledgeville was indicted on abuse charges. She allegedly struck an elderly resident in the face while trying to put dirty pants on her.

END_OF_DOCUMENT_TOKEN_TO_BE_REPLACED

Elder abuse isn’t limited solely to physical abuse and neglect. Sadly, financial abuse is one of the most common forms of elder abuse. Financial abuse can take on many forms and can be very difficult to spot in some cases. In some cases, the abuse can be outright theft. In other cases, they may be voluntarily giving someone money as a result of coercion or fraud. It can be committed by a family member or caretaker, or by someone the senior doesn’t even know, such as in the case of phone and email scams.

In this post, we hope to raise awareness of this issue and give you the tools to identify and address it.

END_OF_DOCUMENT_TOKEN_TO_BE_REPLACED

Did you know that June is Elder Abuse Awareness Month? Sadly, it is estimated that as many as 5 million senior citizens are abused every year, with many cases going unreported. Our seniors are one of our greatest assets, deserving of our deepest respect. They should live their golden years in dignity, safety, and comfort. As a result, we here at Slappey & Sadd would like to take this opportunity to call your attention to this very serious issue and help you identify elder abuse so that it can be stopped.

What Is Elder Abuse?

Elder abuse includes any kind of harm to a senior intentionally caused by someone else. Elder abuse is not limited to physical violence and is often caused by neglect or wanton disregard for the senior’s well-being. The following are some common examples of elder abuse:

END_OF_DOCUMENT_TOKEN_TO_BE_REPLACED

Many of us have loved ones that are living their golden years in assisted living facilities and nursing homes. Because we owe so much to our senior citizens, the attorneys at Slappey & Sadd want to do their part to shed some light on a very serious issue – the neglect and abuse of our senior citizens.

June 15th is World Elder Abuse Awareness Day. It is believed that approximately 60% of cases of elder abuse occur in the senior’s home and at the hands of a family member. However, a significant number of cases occur in a nursing home or similar institutional facility.

Elder abuse is not limited to physical trauma. It can take on many forms such as financial abuse, neglect, or emotional abuse. Seniors are vulnerable because of their advancing age and health problems, but seniors who require institutional care are particularly vulnerable. This is especially the case if the senior is suffering from dementia or Alzheimer’s disease. You need to be vigilant if one of your loved ones resides in a nursing home or similar institutional facility.

END_OF_DOCUMENT_TOKEN_TO_BE_REPLACED

A Daytona Beach nursing home has been sued for the wrongful death of one of its residents, according to court documents filed in late October in Pinellas Circuit Court in Florida. According to the complaint, James A. Evensen suffered from multiple illnesses while in the nursing home, including urosepsis, malnutrition, dehydration, and pneumonia, among other complaints. After being transferred to Halifax Hospital, he died on July 10, 2015.

When Is a Nursing Home Negligent?